In this week’s class I included lots of gentle movements for the spine, with the aim of both warming up for stronger poses, and keeping the joints and surrounding muscles, ligaments and tendons mobile.

While many people are drawn to yoga because they ‘can do it’, others are often put off under the misapprehension they are too stiff or unbendy.

In fact, it’s just the opposite - the more inflexible among us often stand to benefit the most from yoga, even if they don’t  bend very far.

I include myself in that number, and after many decades of yoga (with gaps), I’m far more flexible now than I was in my twenties when forward bends felt almost out of the question.

As we get older, we stiffen up; sometimes it’s just genetics – as my chiropractor told me this week. My back has felt tight lately, especially in the lower spine. She thinks my ligaments are stiffening up (all down to age!) in a process called calcification.

The kind of gentle moves we do in the cat sequences are one way of keeping the spine mobile. Massage and treatment from other professionals, such as an osteopath or physiotherapist, can help. You have to see what works for you.

But I hope that by learning to listen to our bodies through yoga, we can tune into these tight areas, and give ourselves a little much needed TLC.

Here’s a reminder some of this week’s class 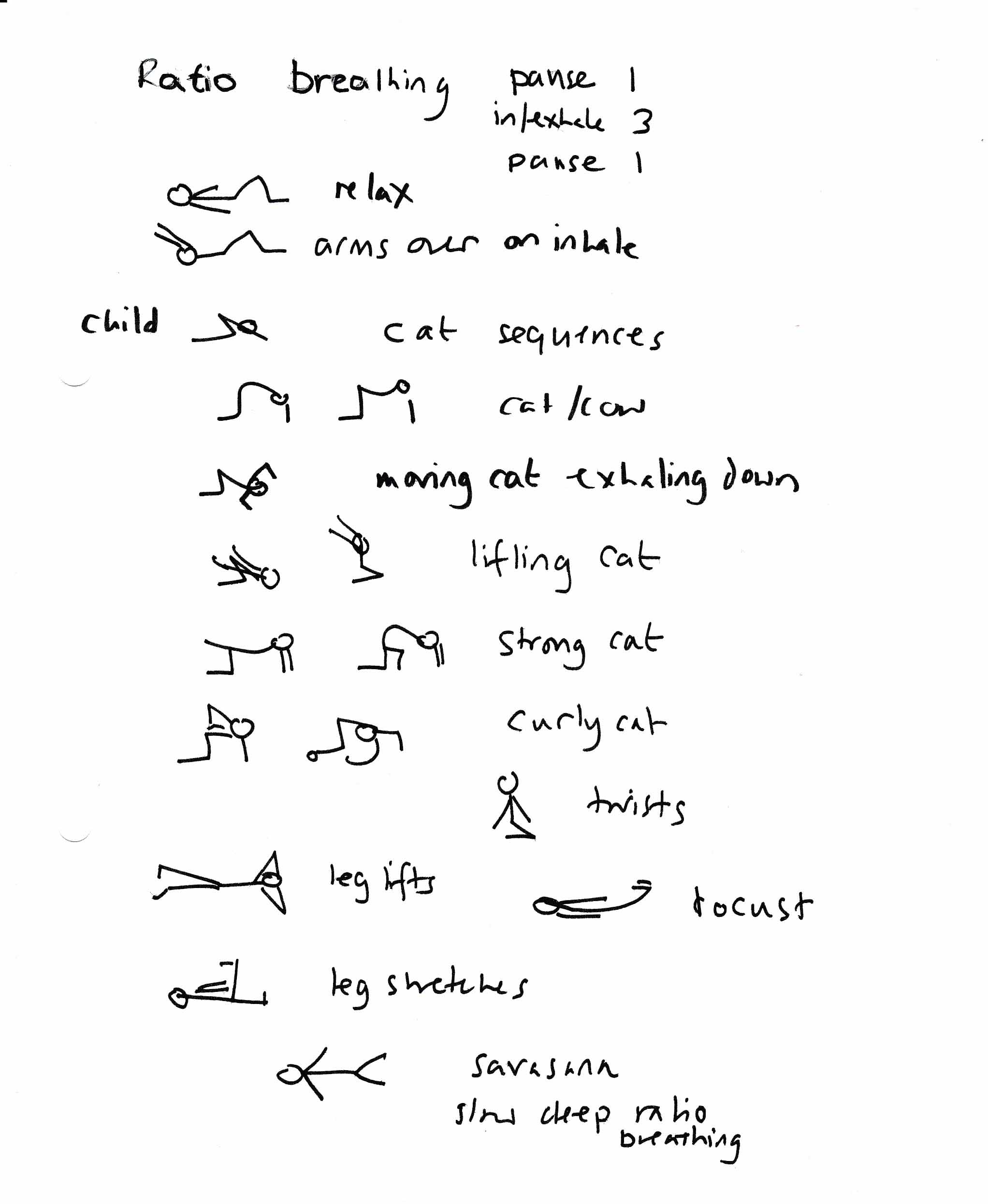