This week, I shared some of what I learnt on a yoga retreat near Oxford, taught by Michael Hutchinson and Elizabeth Murtha. They are teachers from the Society of Yoga Practitioners, who follow the Indian teacher Krishnamarcharya.

This great early 20th century Indian philosopher and yogi studied many of the ancient texts and traditions, which lead to a revival of interest in yoga in his own country. His students included Pattabhi Jois and B.K.S. Iyengar, who went on to become two of the major instigators of yoga’s dissemination to the west from the 1960s on.

Krishnamacharya’s son T.K.V. Desikachar was his third influential student. Although less well known that the other two, he played a key role in the development of modern day yoga through continuing his father’s teachings at the Krishnamacharya Yoga Mandirum (KYM) in Chennai, India. He called his method viniyoga, although this term is seldom used today.

Desikachar died in August 2016, and for a time the KYM was led by his son Kausthub, but he stepped down in 2013 amid accusations of harassment from female students. The KYM remains active today, continues to teach and develop the all aspects of yoga, in particular philisophy, pranayama and chanting, and attracts students from around the world.

Followers in the west in this tradition include Gary Kraftsow, the founder of the American Viniyoga Institute, Leslie Kaminoff, founder of the Breathing Project in New York and co-author of one of the best selling yoga books Yoga Anatomy, and Paul Harvey in the UK.

A viniyoga style practice usually includes asana, pranayama, chanting, and meditation, and its more gentle approach has been designed to make yoga available to people with physical limitations, whether through injury, illness, or age. It is usually quite flowing and soft,  but is not exclusively so. There is a strong focus on use of the breath, as well as alignment, and poses are often held for a consistent number of breaths with rest in between.

For a reminder of our sequences this week, please see the sketches below 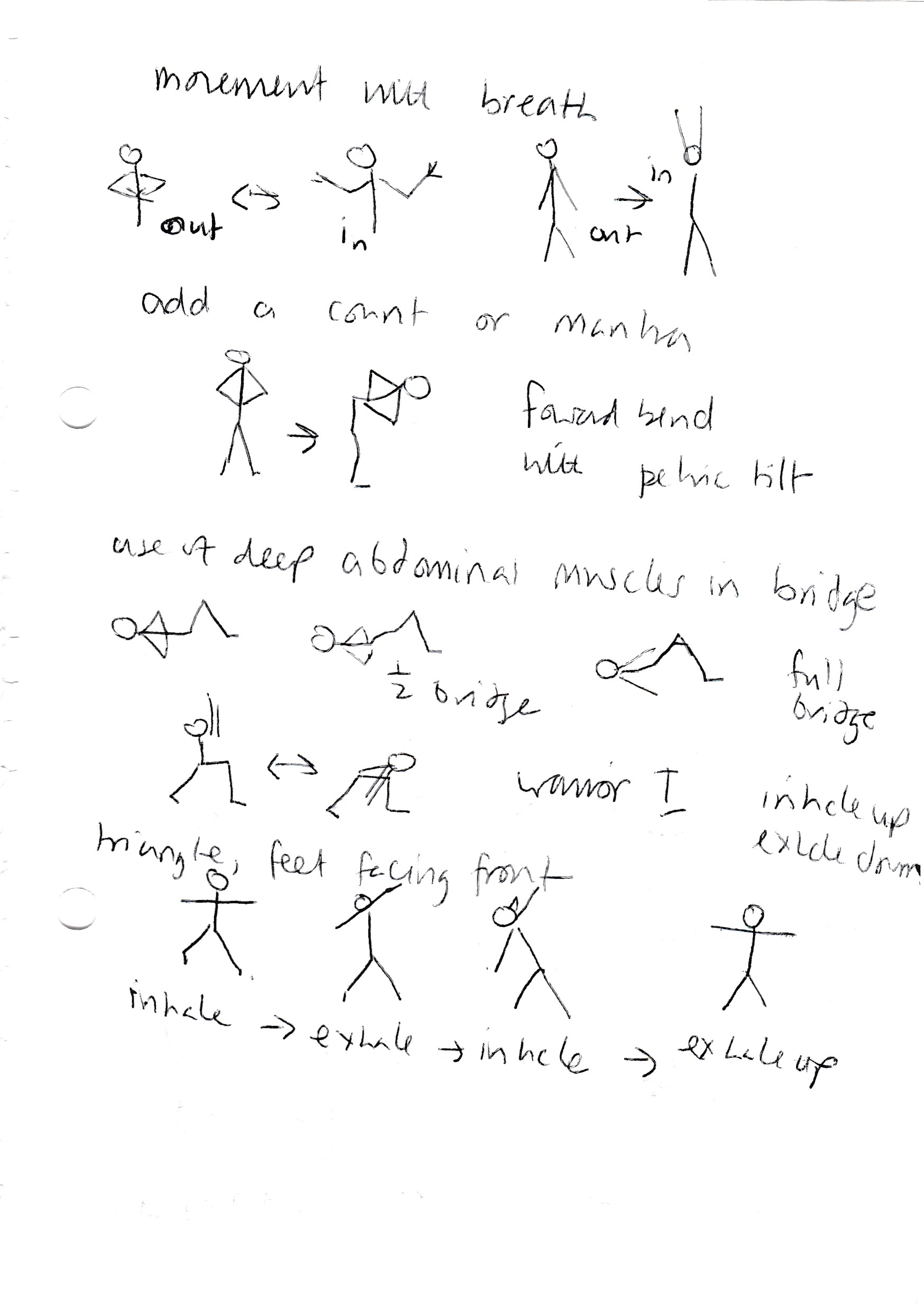