This week’s practice featured the yoga pose the eagle, known in Sanskrit as Garudasana.

Garuda was a mythical bird, eager to help humanity fight against demons. The word is nowadays usually rendered into English as “eagle”, though it might better be translated as “devourer” in line with mythology. The name crops up in various Indian texts from the past, although in it’s modern form, it was first described in detail by the 20th century teacher Iyengar in his book Light on Yoga.

Garudasana is an asymmetric position in which one leg, say the right, is crossed over the left, while the left arm is crossed over the other way, and the palms are pressed together. Like all poses on one leg, it demands balance and concentration – as well as flexibility and strength.

It’s worth doing this posture near the end of your sequence, but keep it in mind as you warm up so you thoroughly prepare for its convoluted shape. We began with the four part standing sequence below. Some moving cats, child and downward dog can follow next, and, perhaps something to tone up core muscles, which are so important in keeping the body stable in balances.

We also included the chair pose, as this is a great way of preparing the whole body to come into a more complicated balance like eagle. Don’t worry about how “well” or how long you can hold the final posture. It’s a great example of how to listen to your own body, and adapt the posture to suit your needs, free from any pressure to achieve a perfect shape. 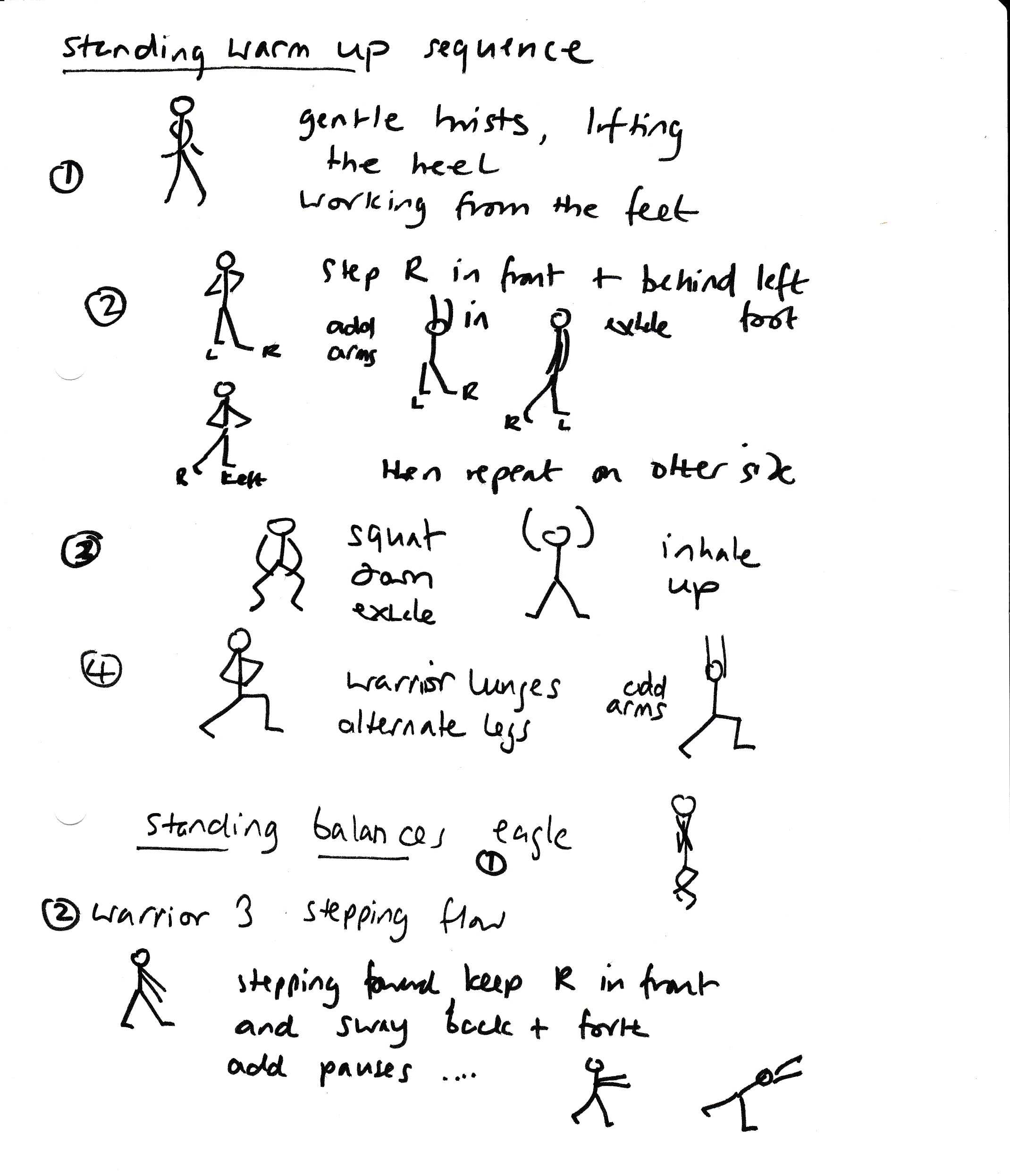