Why going upsidedown can be bad for your eyes

My approach to yoga is to try to ensure that the practice we do together is safe.  The level of serious injury caused by yoga is thought to be low - a 2014 analysis of 24,000 U.S. yoga goers (published in the International Journal of Yoga) found only 1 per cent had suffered an injury serious enough to stop them doing yoga.

But I am beginning to wonder if some kinds of injuries or damage go unreported. I wonder if we haven’t been paying sufficient attention to the eyes, and in particular the possible effect of inverted postures on vision. Little research has been carried out on yoga and common conditions related to age such as glaucoma and cataracts .

My interest was sparked after I noticed one of the most able students at the yoga class I go at my gym wasn’t doing her usual headstand and shoulder stand, or even downward dog and standing forward bends.

A bad back? I sympathised afterwards, no she replied, but a diagnosis from an eye specialist of advanced glaucoma. She had lost all but 20 per cent of her vision.  She told me that the inverted yoga poses that she has been doing for years have more than likely made the condition (of which she was unaware) worse.

And not just headstand and shoulderstand, but downward dog and any posture where the chest is higher than the eyes, or the legs higher than the head, cause increased pressure on the eyeball.

I’ve now started to look into the effect of inversions on other eye conditions, such as cataracts, and the news isn’t good. For now, my approach will be to continue as before – I have already dropped headstand, and only practice shoulderstand sparingly. Dogs and cats only stretch briefly into downward dog when coming to their feet – perhaps they know a thing or two we don’t.

And I will do the kind of yoga that benefits the eyes. They have muscles too.

You can find some suggestions here: 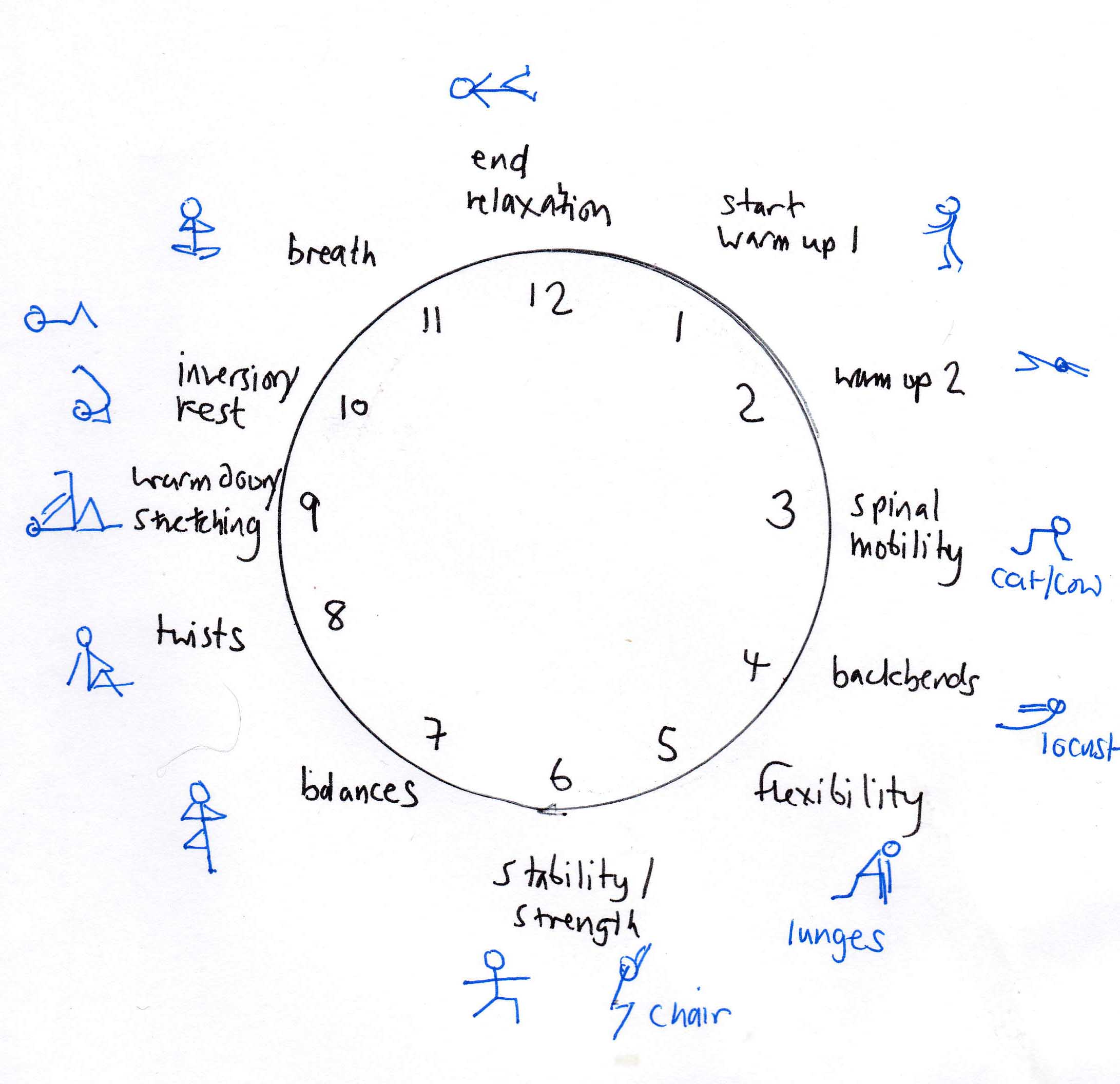